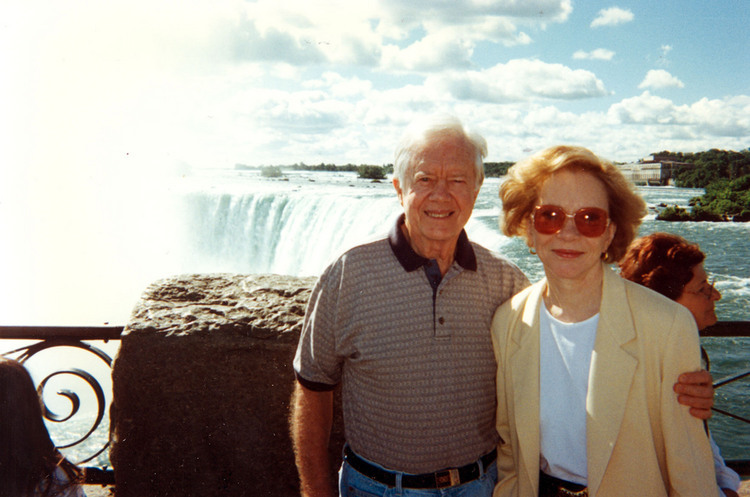 In July of 1996, former U.S. president Jimmy Carter and his wife Rosalynn chose the honeymoon capital of the world to celebrate their golden anniversary. While in the area, the Carters enjoyed the Maid of the Mist, the Journey Behind the Falls and also toured the Niagara Parks Commission’s much anticipated new attraction, the Butterfly Conservatory. In addition, they enjoyed a leisurely stroll in Niagara-on-the-Lake that included a stop at the Floral Clock, lunch at the Oban Inn and a tour of the Iniskillin Winery. At the winery, the former president was served a bowl of peanuts. He was shocked that his prized Georgian crop could be cultivated in northern climates and ate the entire bowl!

After touring the area, the Carters returned to their hotel (Ramada Renaissance) where they ran into an old friend in the lobby. Former Canadian Prime Minister Pierre Trudeau was visiting with his granddaughter and was staying at the same hotel. The two men spent a pleasant 10 minutes reminiscing about old times. 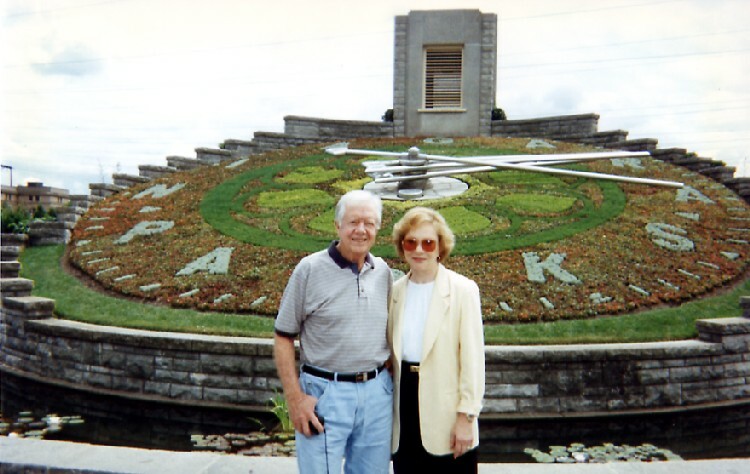 Former U. S. president just nuts about our nuts