Judy LaMarsh was not a visitor to Niagara Falls - she was one of the city’s most prominent citizens!

She attended Stamford Collegiate, then served in the Canadian Women’s Army Corps. Judy studied at the University of Toronto, and graduated as a lawyer from Osgood Hall in 1950. She worked for her father’s law firm, and became the solicitor for Stamford Township, the only woman holding such a position at the time.

Her first run for office was successful, and she became the first female member of the Official Opposition in the House of Commons. In 1962, when the Liberals formed the government, she was appointed by Prime Minister Lester B. Pearson as Minister of Health and Welfare.

As Secretary of State, one of Judy’s main responsibilities was the organization of celebrations for Canada’s centennial. She was named the most newsworthy woman in Canada in 1967.

After leaving politics, Judy returned to practising law. She also had her own radio show on CBC. 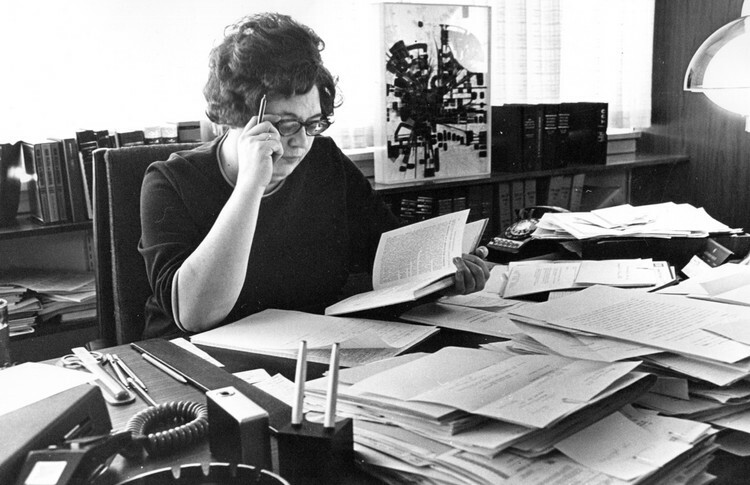 Judy LaMarsh the lawyer, in her office 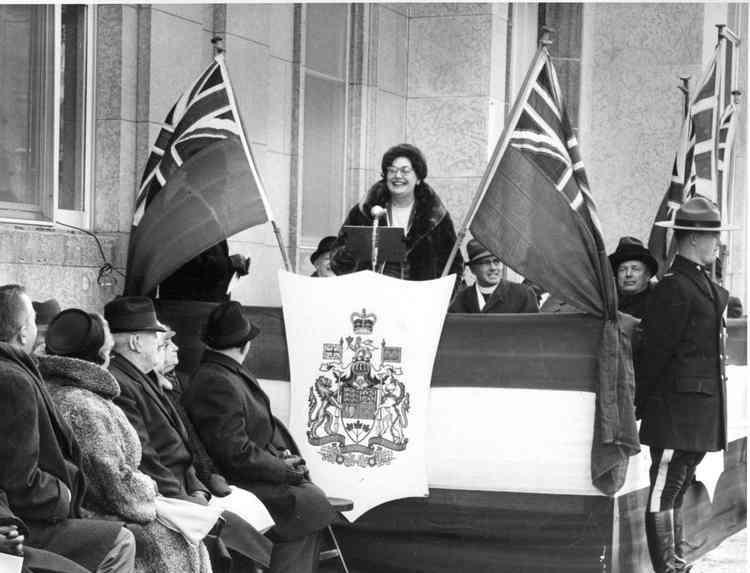 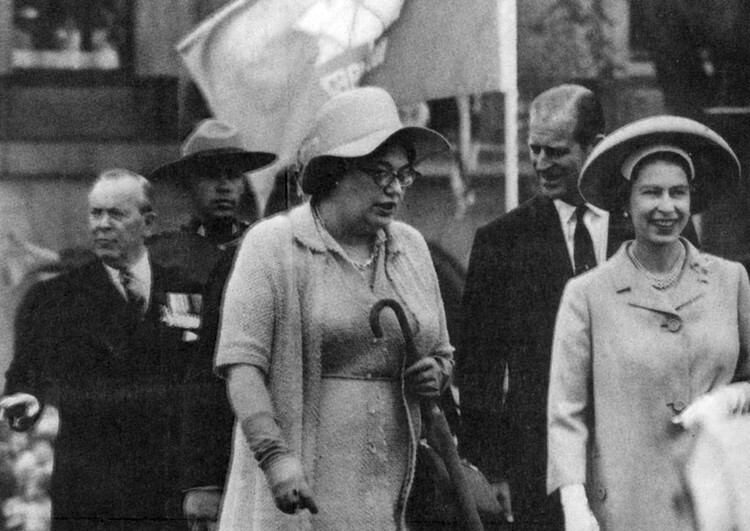 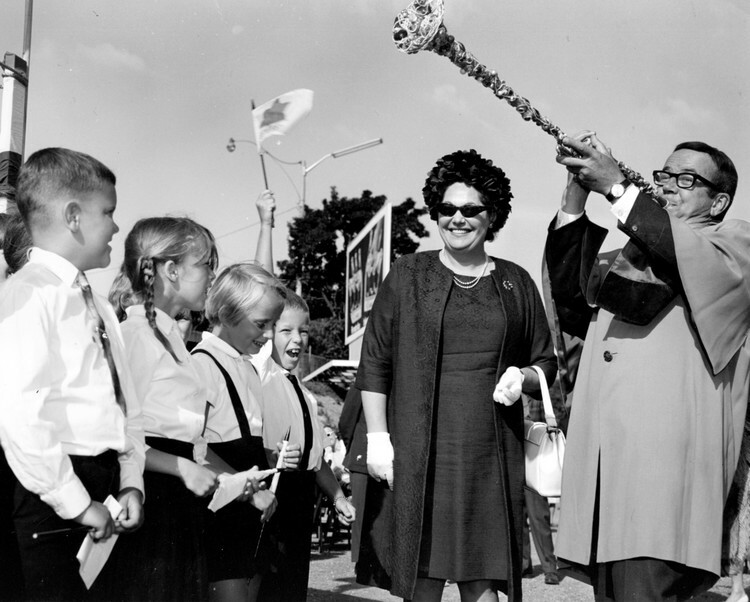 Judy LaMarsh, Secretary of State for Canada, elected most newsworthy woman of 1967, with Bobby Gimby, composer of Ca-na-da

Forceful Canadian ex-politician puts her own house in order