Although he grew up in Chippawa, James Cameron hasn’t lived in the Niagara Falls area since 1971 when he moved to California. His early film credits include Rambo 2, The Terminator and Aliens. He is most famous for his later films Titanic and Avatar.

Although he no longer lives in the area, the writer and director has visited on numerous occasions. In 1995, he visited his former high school Stamford Collegiate to attend the ceremony that named a new theatre in his honour.

His next visit in 1998 was a busy one! More than 1000 people gathered for a celebration in Chippawa where he was presented with many awards and plaques including the key to the city. The largest presentation was the unveiling of a new sign on Stanley Avenue that lets everyone know that the Village of Chippawa was the “Home Town of James Cameron”. On this same trip, he also attended his 26th high school reunion as well as being a guest at the Niagara Film Festival. Later in the same year, James Cameron attended the commencement ceremonies at Brock University where he was awarded a honourary doctorate degree. 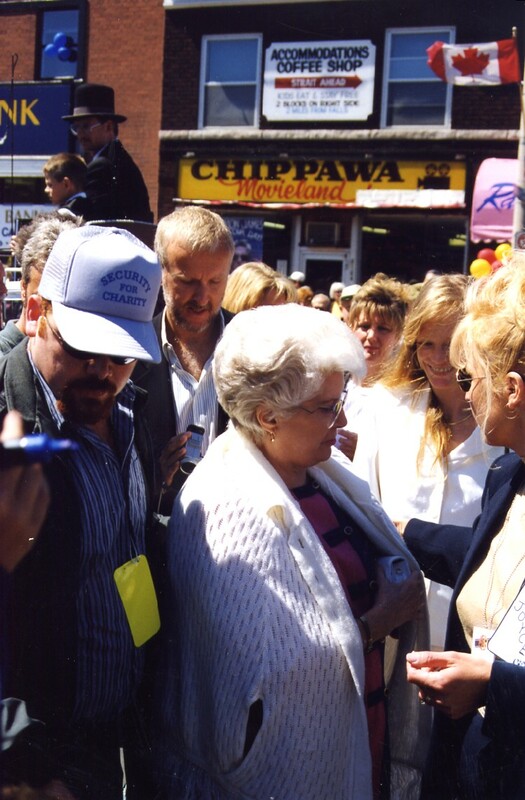 Cameron gets spot on wall