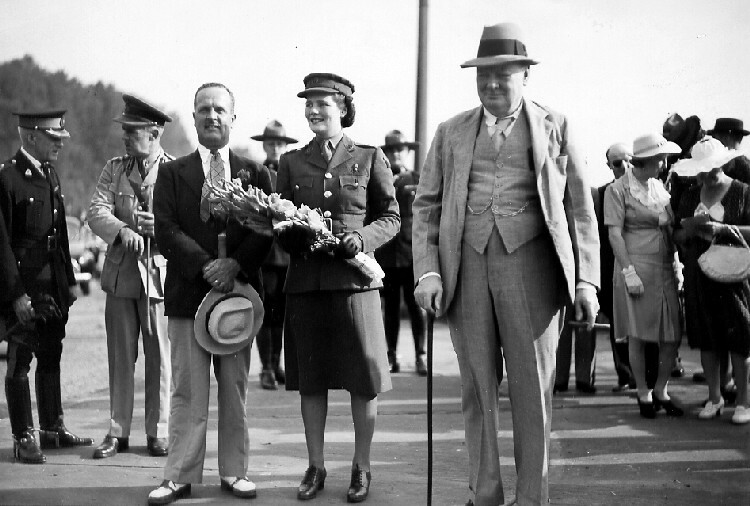 On August 12, 1943, during the Second World War, Britain’s Prime Minister Winston Churchill and his daughter Mary visited Niagara Falls.   They were greeted by George Ingalls, the mayor of Niagara Falls, and other dignitaries and officials. They viewed the falls for about half an hour, then travelled to Queenston to dine at the Queenston Heights Restaurant.

Along the way they stopped near Thompson’s Point, and a photo was taken that Winston’s wife Clementine later used as a Christmas card. Clementine wrote “At Niagara. Christmas and New Years Wishes and love from us all to all at Blenheim from Mary-Clemmie.” (Blenheim Palace was where Churchill had been born.)

The purpose of Churchill’s North American trip was to attend the Quebec Conference (Quadrant) to discuss plans for the forthcoming Allied invasions of Italy and France with U.S. President Franklin D. Roosevelt. The conference was hosted by Canadian Prime Minister William Lyon Mackenzie King.

Mr. Churchill at the Falls