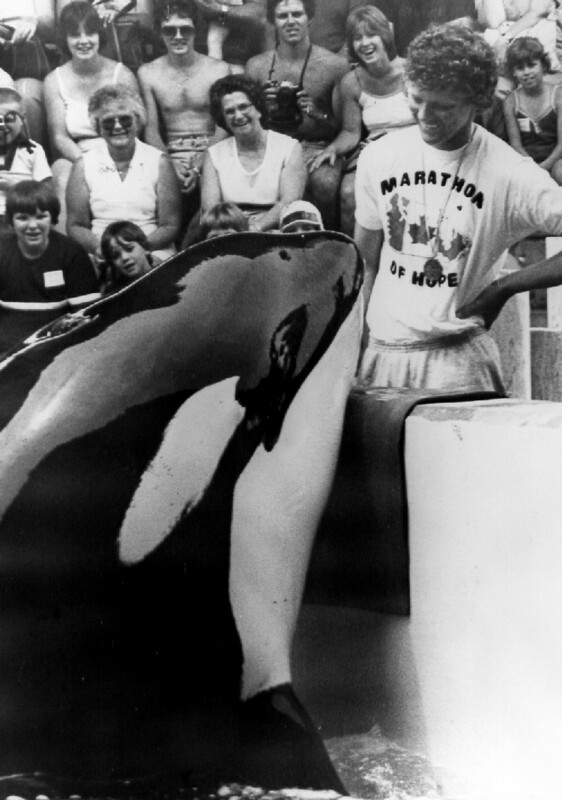 It is difficult to believe that more than 40 years have passed since Terry Fox began his Marathon of Hope to raise funds for cancer research. On July 14th, Terry Fox visited Niagara Falls. He arrived at City Hall and was greeted by Mayor Wayne Thomson and a small crowd. A few of the locals remembered the visit and Terry. “I remember he was very thin. It looked like he was in a lot of pain, like every step hurt. But determined. Very determined” recalled one member of the crowd.

One member of the audience was 19-year-old Steve Iorio who was battling the same type of bone cancer as Terry Fox. The local chapter of the Canadian Cancer Society arranged to have a limousine take both young men to Marineland. They discussed their common experiences and Iorio credits Fox with giving him the strength and courage to overcome his health obstacles.

Unfortunately, Terry Fox lost his battle with cancer before he was able to finish his marathon. Although the crowd may have been small for his visit, the citizens of Niagara Falls have more than made up for this by embracing the annual Terry Fox Run like few others!