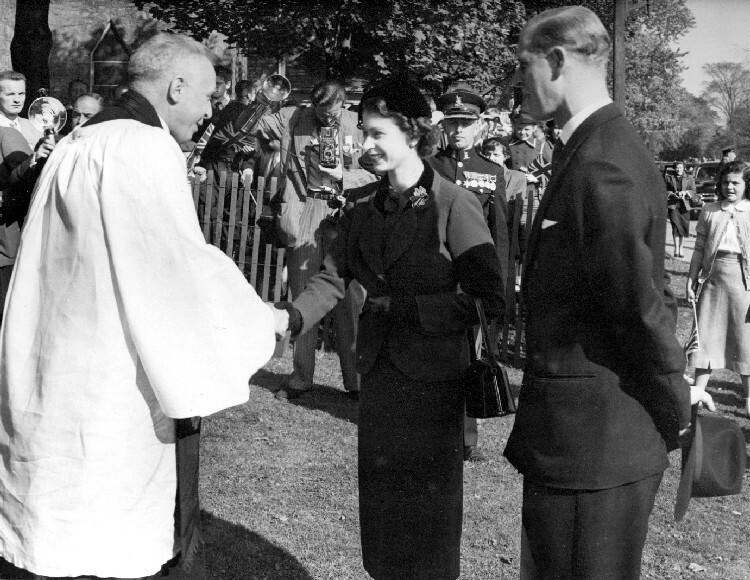 In the fall of 1951, Princess Elizabeth and her husband Philip, the Duke of Edinburgh embarked on a cross-Canada tour. The princess made a special request to include a stop at Niagara Falls.

At the official welcome ceremony, Princess Elizabeth and the Duke shook hands with 68 dignitaries and guests. Gifts of silverware from the McGlashan Clarke Silverware Company were presented to the couple, and a Royal Doulton figurine was gifted by the Parks Commission. It had “Made in England” stamped on the bottom, and Philip laughed that “it was made in England and now we’re taking it back”. Live scenes were shot by TV crews from the top of the General Brock Hotel.

At the brink of the Horseshoe Falls, Princess Elizabeth described the view as “magnificent” and “tremendous”.  The couple also toured the (“my, it’s wet!”) table rock scenic tunnel. Crowds of 150,000 people in Niagara Falls cheered the royals throughout their visit, before they boarded the royal train to continue their tour across Canada. 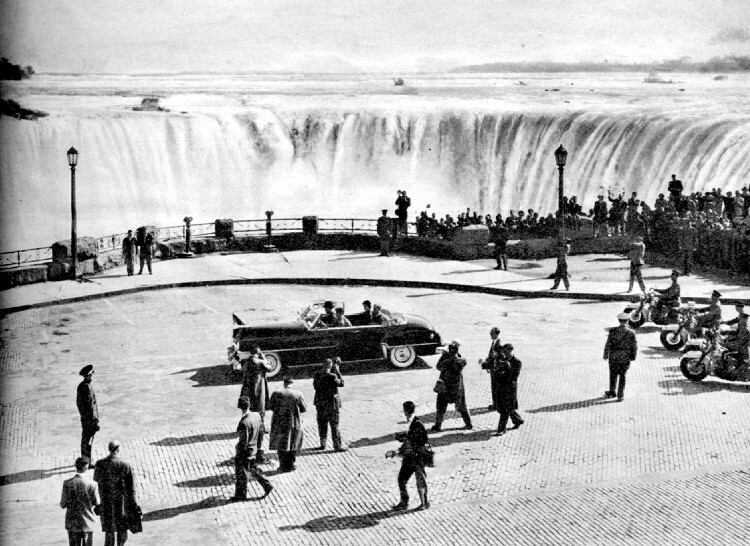 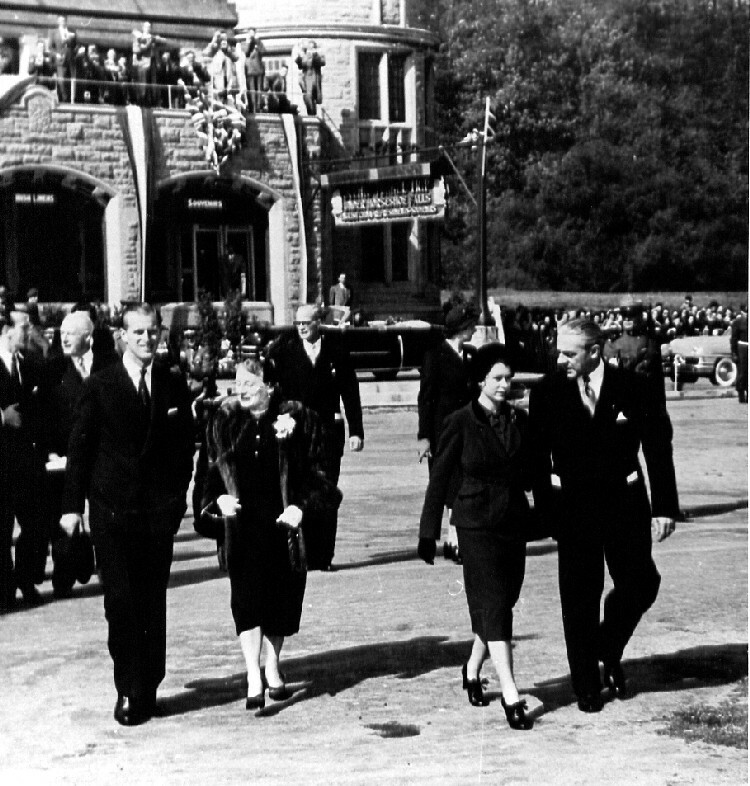 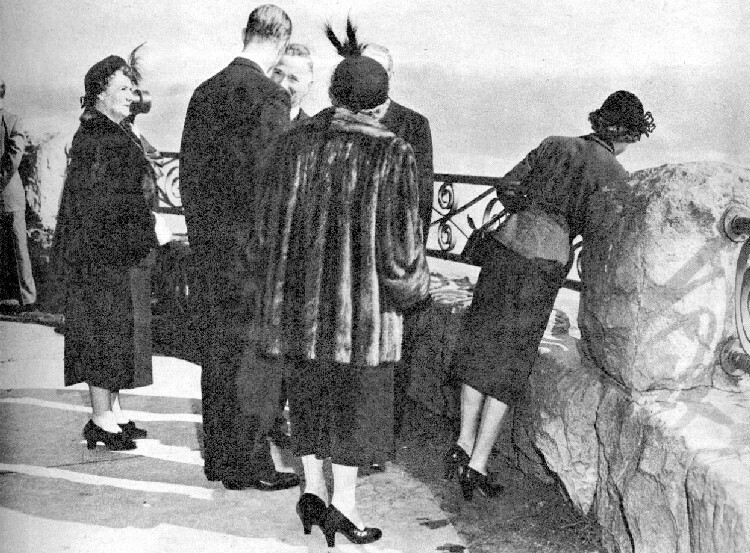 Interesting angles on the royal visit