Philip, the Duke of Edinburgh

In the fall of 1951, Princess Elizabeth and her husband Philip, the Duke of Edinburgh embarked on a cross-Canada tour. The princess made a special request to include a stop at Niagara Falls.

The royal party proceeded to Christ Church on Zimmerman to attend service there. Canon A.T.F. Holmes, rector of the church, greeted them. An overflow congregation sat in chairs on the church lawn. They had been warned not to cheer -  “remember you are in church” -  but once the service was over and their royal highnesses exited the church, cheering was permitted.

Several flat-roofed buildings and second-storey balconies along the royals’ route were packed with people who wanted an unobstructed view.  Upon leaving church, the Duke was heard to remark to Elizabeth “Look, they’re even up in the trees!”

RCMP riding motorcycles flanking the royal car as it proceeded to Oakes Garden Theatre. Photographers carried multiple cameras, some loaded with colour film for the special occasion! At an unscheduled stop at the Refectory, the royal couple discussed barrel trips and tightrope stunts on the river with young people who had gathered there.

Crowds of 150,000 people in Niagara Falls cheered the royals throughout their visit, before they boarded the royal train to continue their tour across Canada. 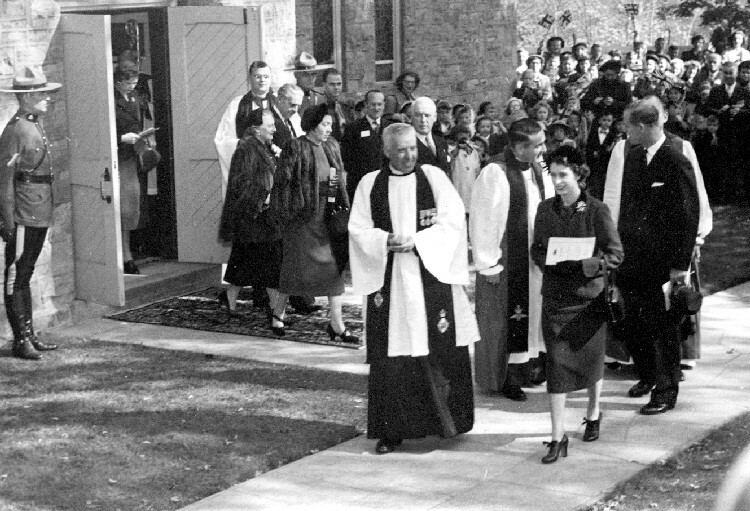